ECONOMICS 2306_MINIMESTER 201 PRINCIPLES OF MICROECONOMICS REVIEW FOR EXAM 1 1. Define the following terms: Economics, scarcity, efficiency, opportunity cost, resources, microeconomics, macroeconomics, variable, production possibility frontier, market, invisible hand, demand, supply, increase in demand (supply), increase in quantity demanded (supplied), market failure, slope, increasing opportunity costs, externality, quantity demanded, law of demand (supply), individual demand and market demand, change in demand (supply) and change in quantity demanded (supplied). MULTIPLE CHOICES: CHAPTER ONE 2. The phenomenon of scarcity stems from the fact that a. most economies’ production methods are not very good. b. in most economies, wealthy people consume disproportionate quantities of goods and services. c. governments restrict production of too many goods and services. d. resources are limited. ANS: D 3. Approximately what percentage of the world's economies experience scarcity? a. 10% b. 40% c. 85% d. 100% ANS: D 4.Economics is the study of a. production methods. b. how society manages its scarce resources. c. how households decide who performs which tasks. d. the interaction of business and government. ANS: B 5. In most societies, resources are allocated by a. a single central planner. b. a small number of central planners. c. those firms that use resources to provide goods and services. d. the combined actions of millions of households and firms. ANS: D 6. The adage, "There is no such thing as a free lunch," means a. even people on welfare have to pay for food. b. the cost of living is always increasing. c. people face tradeoffs. d. all costs are included in the price of a product. ANS: C 7. Guns and butter are used to represent the classic societal tradeoff between spending on a. durable and nondurable goods. b. imports and exports. c. national defense and consumer goods. d. law enforcement and agriculture. ANS: C 8. A tradeoff exists between a clean environment and a higher level of income in that a. studies show that individuals with higher levels of income pollute less than low-income individuals. b. efforts to reduce pollution typically are not completely successful. c. laws that reduce pollution raise costs of production and reduce incomes. d. employing individuals to clean up pollution causes increases in employment and income. ANS: C 9. Economists use the word equality to describe a situation in which a. each member of society has the same income. b. each member of society has access to abundant quantities of goods and services, regardless of his or her income. c. society is getting the maximum benefits from its scarce resources. d. society's resources are used efficiently. ANS: A 10. Efficiency means that a. society is conserving resources in order to save them for the future. b. society's goods and services are distributed equally among society's members. c. society's goods and services are distributed fairly, though not necessarily equally, among society's members. d. society is getting the maximum benefits from its scarce resources. ANS: D 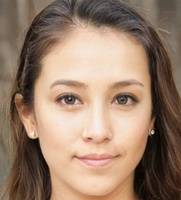